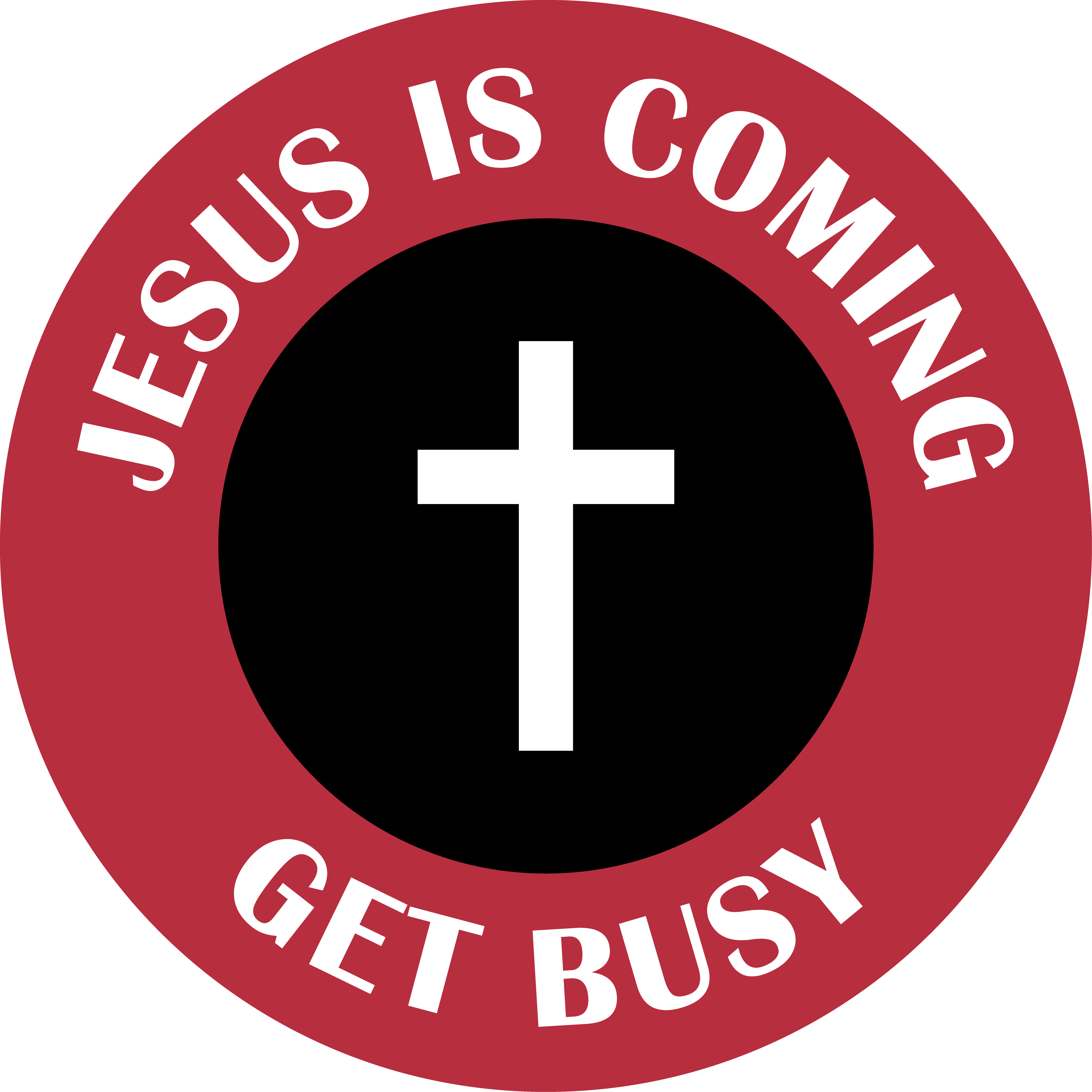 “No one knows about that day or hour, not even the angels in heaven, nor the Son, but only the Father.
As it was in the days of Noah, so it will be at the coming of the Son of Man.
For in the days before the flood, people were eating and drinking, marrying and giving in marriage, up to the day Noah entered the ark; and they knew nothing about what would happen until the flood came and took them all away. That is how it will be at the coming of the Son of Man.
Two men will be in the field; one will be taken and the other left.
Two women will be grinding with a hand mill; one will be taken and the other left.
“Therefore keep watch because you do not know on what day your Lord will come.
But understand this: If the owner of the house had known at what time of night the thief was coming, he would have kept watch and would not have let his house be broken into.
So, you also must be ready because the Son of Man will come at an hour when you do not expect him.
“Who then is the faithful and wise servant, whom the master has put in charge of the servants in his household to give them their food at the proper time?
It will be good for that servant whose master finds him doing so when he returns.
I tell you the truth, he will put him in charge of all his possessions.
But suppose that servant is wicked and says to himself, ‘My master is staying away a long time,’and he then begins to beat his fellow servants and to eat and drink with drunkards.
The master of that servant will come on a day when he does not expect him and at an hour he is not aware of.
He will cut him to pieces and assign him a place with the hypocrites, where there will be weeping and gnashing of teeth.

GNT … It’s later than you think! So, be ready because Jesus will come at an hour when you do not expect him.