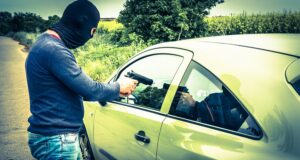 A man was carjacked on his way to work one day. He was attacked, robbed, beaten badly and left on the side of the road to die.

Shortly after, a businessman was driving by and saw the man;
Without the slightest delay he called his accountant and after making sure that any expense that spent on helping the injured man would be Tax deductible, he acted.
Back in his office, he immediately called a press conference and announced that his company would offer the victim, hospitalisation expenses and if the victim succumbed to his injuries, his company would pay for the funeral expenses; on the condition, that the news media and social media would share his charitable deed and market his company logo far and wide.

Next a merciful lady travelled that road;
she saw the injured person and was terrified and shocked.
Moved by compassion she urgently organised a Gala in favour of robbery victims. People from every corner of society attended; an “Outpouring of Love”, the news outlets called it.

Ladies in expensive gowns, Men in tuxedos, Rich and middle-class alike attended, and great funds were raised. After all the expenses and special appearance fees, over three tons of bandages were sent to the hospital where the dying victim lay.
But the courier got the wrong address and most of the bandages were sold on the black market by the middlemen.

After attending the Gala, an intellectual from the University wrote an Op-Ed to raise awareness of public opinion. He wrote a circumstance thesis against robbery entitled “The timeless impact of predatory on the Humanitarian rationality of Samaritan victimology”, which was welcomed by his colleagues, picked up by the national media, which contributed to his election as the lifelong President of the International Society of Humanitarian Studies.

Not long after religious groups called their communities to action!
A Charity drive of donations were being accepted; Anything and everything is needed;
All communities banded together and tons of expired foodstuffs, used clothing, broken toys, even an old wedding dress were all gathered into a container; and at great expense, sent to the man’s family.
Now the man’s family had the extra burden and cost of clearing the container, transporting the goods, storing it all into their garage and sifting through tons of out of date foods and goods, that other people didn’t want. But the Drive was a huge success, and everyone who gave felt ever so compassionate.

Finally, another man, of, let us say with an unsavoury, chequered and of questionable reputation, a real sinner, stopped and got out of his car, he checked the man’s wallet and pockets.
With nothing in his wallet or pockets, he bundled him in his car and took him to the nearest hospital.
The hospital wouldn’t accept the injured man without identification & insurance. So, this man swiped his Credit Card and paid the costs, and returned every night to check on the man, until one day, the man died.

When the carjackers heard this story, they were concerned about drawing so much attention, so they decided to revise their methods of robbery; from now on, before they leave the scene of a crime, they would give the “Kill Shot” to their victims.

Which one are you?